When we first bought the house, many flaws were evident. Others became more apparent as we lived in the home. 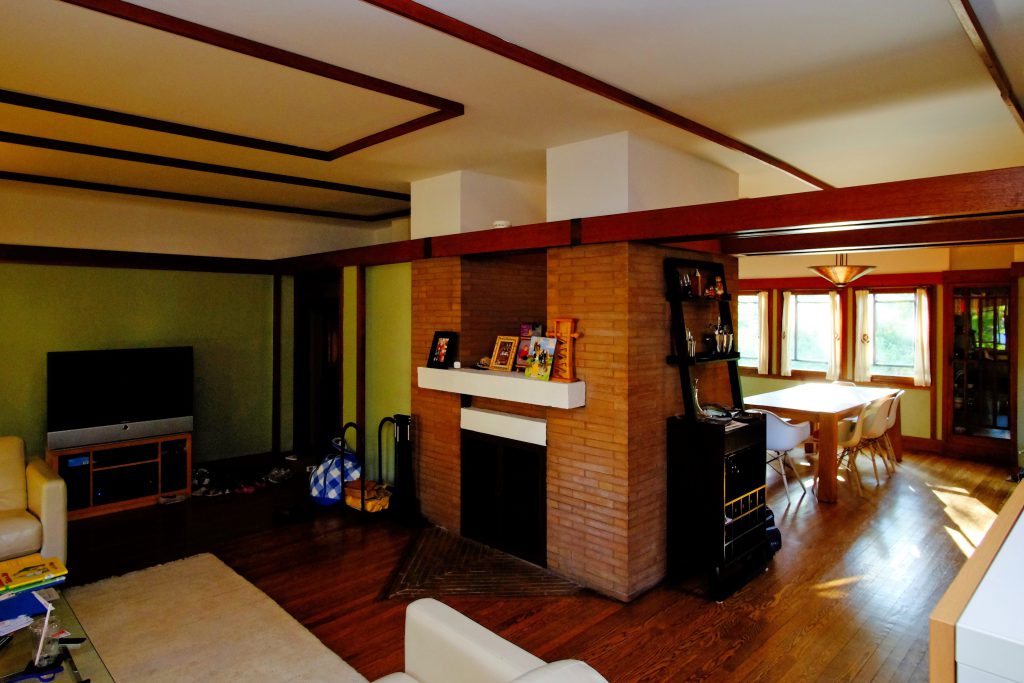 I would broadly categorize these into three groups:

First, structural issues, such as sagging floors are immediately apparent upon entering the home.

Second, the flow of the layout. The house was designed over a hundred years ago, and people live now much differently than they did back then! A tragic renovation from the 1970s didn’t help matters.

Third, mechanical. There are some areas where upkeep was lacking, and other where attention wasn’t sufficient to resolve the underlying issue.

The floors are sagging and uneven in many places. In one spot in our dining room, by the stairs, the floor has dropped by over 3″.

Some windows cannot be easily opened. Some push open and are blocked by the eaves. In areas where the house has settled, some window openings are no longer level.

Bricks in the hearth are broken for reasons unknown.

The foundation has no footings, and has settled in spots.

Our larger concern, after seeing these issues, was whether the home had serious structural issues that would need to be addressed.

The kitchen and upstairs were tragically renovated in the 70s (when the house was listed on the register.) This includes vaulting the ceiling in the upstairs hallway and one bedroom, and exposing chimney brick.

We knew there was no mudroom in the house, but the configuration of the front door and back doors side-by-side was more peculiar than we could have possibly expected.

The kitchen is small and oddly laid out. When you walk into the kitchen, you walk directly into the side of a counter, and shimmy past a refrigerator. We love the view out the kitchen windows of the yard, however. 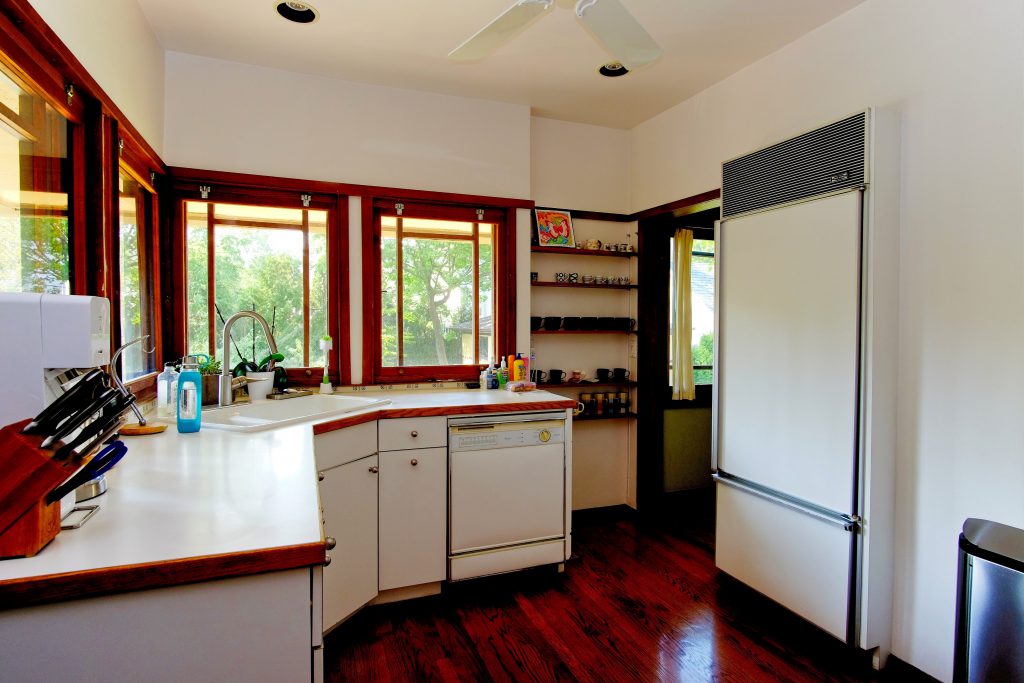 The powder room is impossibly small and terribly laid out, nearly to the point of uselessness.

A key objective of our renovation is to address these to the extent we could, while keeping the uniqueness of the house intact.

The porch was insufficiently heated and was frigid in the winter.

The back yard routinely floods, and there is no drainage.

The house had clearly had flooding issues in the past, and continues to have water seepage problems. The last owner assured us they had been resolved, which proved to be incorrect. They installed a sump pump and exterior drain tile on the rear of the house, but it wasn’t extended far enough along the rear perimeter (it stops at the deck), and water comes in just beyond that point.

The gutters are terrible. They are internal gutters, and with the settling of the home, are now essentially useless. Water just pools in them and overflows.

As we lived in the house, and as more issues became apparent, it also became clear that there was no way we could correct all of them, and the renovation plans became a lesson in compromise.